Would you sacrifice a human to save five others? 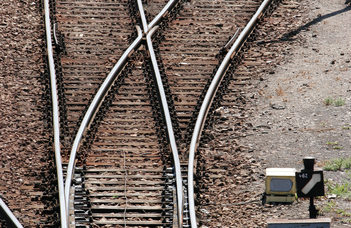 An empty, runaway tram races on the rails toward five railroad workers. We can avoid the death of workers by pulling a lever that directs the car to a side rail where only one person is standing. Would you pull the lever? An international research team has examined the impact of situational factors on our moral dilemmas.

As with the above mentioned trolley problem, the essence of moral dilemmas is always to choose between two bad things, preferably the less bad one. Depending on how we decide, two opposing tendencies emerge: the utilitarian tendency is that an action is morally acceptable if it serves the well-being of most people. According to this, it is morally acceptable to pull the switch as it is done for the greater good. Deontological philosophies, on the other hand, judge the moral judgment of our actions by the intrinsic nature of the action, that is, they argue that the intervention here is morally unacceptable because it would be murder.

The picture is further nuanced by another version of the dilemma, where it is not the switch that needs to be converted to rescue the five workers, but a man has to be pushed off the footbridge over the rails. The man dies but stops the tram with his body as he wears a very heavy backpack.

An extensive network of researchers working together, the Psychological Science Accelerator, analyzed the responses of more than 27,000 participants in 45 countries to examine these moral issues. Their results are published in a scientific journal in Nature Human Behavior. Their study, published by Balázs Aczél, Tamás Nagy, Zoltán Kekecs and Márton Kovács, researchers at the Eötvös Loránd University PPK, and others, reveals that people consider it much less morally acceptable to sacrifice one person in order to save several others when they had to use their personal physical strength.

Although the phenomenon has been studied more narrowly in the past, it was not clear to what extent cultural differences influence these factors. However, the international survey has now shown that the impact of personal contact (i.e., pushing off the victim in our example) on a moral decision is influenced by fundamental cognitive and emotional processes. And these are universal for people, regardless of culture.

The significance of the finding is also outstanding because ethical dilemmas are playing an increasing role in legal and political decision-making today (on issues such as abortion, euthanasia, or international armed conflict). Consider, for example, self-driving cars, whose steering algorithm also considers sacrificing its own passenger in order to avoid a major accident. And in order to develop morally acceptable ways of working, it is essential to explore what factors we take into account or what influence us subconsciously in our ethical decisions.