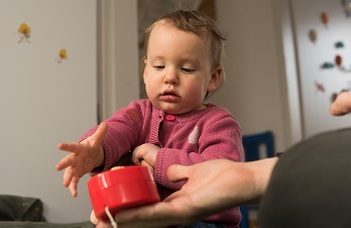 An article by Ildikó Király, professor, head of the Department of Cognitive Psychology at our faculty and the Babylab of ELTE, and her co-authors from Central European University, was published in the Journal of Experimental Child Psychology.

You can read about the Babylab's previous research on cultural transmission here.