The measurable magic of novelty 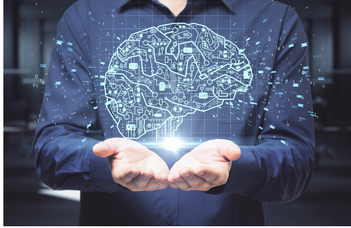 Richárd Reichardt and his colleagues have developed a new psychological measuring tool called GNET, which can be used to examine how new visual stimuli affect memory more precisely. The article, co-written with Polner Bertalan and Péter Simor, was published by Behavior Research Methods.

It is our everyday experience that new phenomena capture our attention, and we are often better able to recall what struck us with the charm of a novelty than experiences that are a thousand times familiar. Many psychological studies have already confirmed this connection. But if we think about it more, it is not self-evident what we can consider truly new, not yet known, and when we can say that something is still completely unknown to us. Researchers fearing oversimplification have already tried to capture the scale of novelty in various ways until, finally, the idea gained ground that we should consider novelty on a constantly changing scale. This concept forms the basis of the measuring task or tool developed by Richárd Reichardt, ELTE PPI - Szombathely lecturer, member of the Sleep, Dream and Cognition Research Group and his colleagues.

The researchers looked for an answer that the measurement data could support as to what degree of novelty is precisely related to whether we remember something. The test examines the effect of novelty on memory among visual stimuli,

Creating its own range of novelties from complex relationships of colours, shapes and layouts.

Let's imagine a 3X3 square grid, where the 9 squares can always contain 5 elements of different colors, triangles, circles and squares, in different arrangements. If only the shapes change, their location and the layout of the colors remain constant, this is less of a novelty in the test than when the colors and shapes are changed with a constant layout. And if all three factors change, the novelty effect is even stronger. During the development of the measuring tool, the researchers actually tested the test itself, collecting data on the correlation between the gradual increase in the novelty of visual stimuli and the success of memorization in healthy adults. The test met preliminary expectations:

The procedure published under the name of the Graded Novelty Encoding Task (GNET) therefore makes the degree of novelty parameterizable. It thus opens a new way for quantitatively examining novelty processing in both behavioural science and cognitive neuroscience.

The novelty of the GNET tool is that, compared to previous models that defined only two types of novelty (e.g. complete and relative novelty), it considers novelty constantly changing and parameterizes it as such during the examination. During the fine-tuning of the test, the researchers are looking for answers to many additional questions, such as: how to distinguish between difference and novelty as a stimulus or how to interpret false-negative responses to stimuli that are perceived to be familiar. The device has already captured the imagination of many memory researchers, who see it as a serious possibility, for example, in the field of data-based analysis of the parameterization of the novelty factors of different types of stimuli and their impact on memorization.