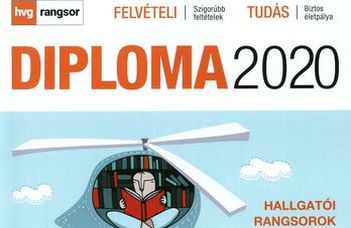 According to the latest HVG rankings for higher education in 2020, the Eötvös Loránd University Faculty of Education and Psychology continues to maintain the list of student excellence based on the enrollment of full-time students in humanities.

The summary of the data shows that ELTE PPK and BTK programs continue to be the highest number of high school students interested in humanities training, and the average admission score in these two faculties is the highest in the field. Nationally, ELTE's seven faculties, including PPK, were able to keep their score above 400 points (other faculties: ÁJK, BTK, IK, GTI, TÁTK, BGGyK). The list of student excellence also reveals that ELTE received the highest number of first-time applicants (8148) and most of the high school enrollment candidates (263) who chose our university, which is at the forefront of this category.

The Faculty of Humanities is ranked third, Faculty of Law and Law is ranked fourth, Faculty of Informatics is ranked seventh, and Faculty of Pedagogy and Psychology rank eight. According to the teaching excellence indicators, the most highly educated teachers still work at ELTE, and according to the ratio of MTA titles, the institution ranks second among the universities, with more than 9.24%. ELTE PPK is ranked 16th out of 153 ranked faculties in the national ranking of faculties.