Is three hours a week of playing video games enough? 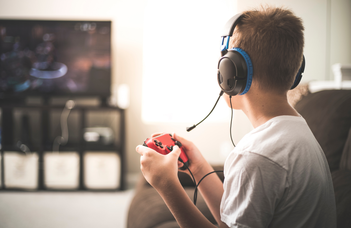 How effective is state regulation in avoiding video game addiction among children? Addiction Research Group including each of Eötvös Loránd University and the University of Waterloo collaborated on a joint article to examine the probable positive and negative effects of China's severe time limitations for under-18s. The article, written by Orsolya Király, Dillion T. Brown and Zsolt Demetrovics, was published by JAMA Pediatrics.

In 2019, the Chinese government imposed time restrictions on minors, originally limiting it to 1.5 hours per day and subsequently allowing persons under the age of 18 to play online video games from 8 a.m. to 9 p.m. on Fridays, Saturdays, Sundays, and holidays. The authors of the article, in the light of previous research, including their own studies, shed light on the expected and potential effects of a strict time restriction as an external constraint, independently of families raising children.

There is widespread agreement in the literature that no strong correlation can be found between the amount of time spent playing video games and the development of video game addiction. The onset of symptoms is the result of a combination of several risk factors that cannot be addressed by such unilateral regulation. Based on the experience gained in the treatment of drug users and drug addicts, it is safe to say that reducing use in the normal population alone will not eliminate addiction as a problem. Why does the introduction of a time limit seem to be a beneficial step for many, and can we expect positive effects from such measures by the state?

The mere fact that young people are more likely to spend their free time in each other’s company and be physically active can certainly contribute to success. At the same time, researchers also point out that online games can not only be harmful to children, as they also function as a place for trouble-free recreation, while also developing many skills and abilities. And the ban not only deprives hobbyists of spending enough time to regenerate with their favorite activity, but it also immediately stigmatizes them as potential gaming addicts. In addition, the enjoyment value of playing in the time allowed is greatly diminished by the fact that in often competitive or match-based games, a state clock that strikes before the end can cause serious frustration, as the player who wins is simply “thrown out” before the match ends.

While external, state coercion is proving effective in curbing minors ’use of online video games, time does not stop: children grow up and, having freed themselves from external coercion, should now rely on their own decisions to spend their free time.

“The authors of the article point out that reducing the role of parents as educators in this area can be particularly counterproductive in later life.”

As state regulations counteract the development of family values, rules created jointly with the child (and accepted by the child as his or her own internal norm), the phenomenon of problematic online play may become more pronounced in young adults. Solving family and psychological problems are never possible with regulation alone, researchers point out, and previous evidence-based research on addictions and evidence-based prevention shows the need for a multifaceted approach, which in addition to regulation, also builds on education and prevention programs continuously monitoring the effectiveness of the programs.