"I am interested in the psychological consequences of historical changes" 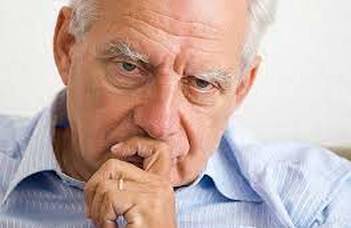 The Senate of ELTE awarded the title of honorary doctor and professor to Dr. György Hunyady, social psychologist and founding dean of the ELTE Faculty of Education and Psychology. His inauguration ceremony took place on 6 May 2022, within the frames of Pázmány Day. We talked to the new honorary doctor of ELTE Faculty of Education and Psychology about his research on changes in the attitudes and value choices of Hungarian society.

Stereotype and historicity – a few decades ago, it was not customary to use these concepts together in a socio-psychological approach. How do these two approaches come together in your work?

The fact that I graduated from university with a degree in history and psychology certainly contributed to this. Historical embeddedness was, therefore, not alien to my thinking as a psychologist, either. Specifically, the 1914 article “History and Psychology” by Gyula Kornis gave me inspiration for this. In this paper, he analysed the relationship between German Geisteswissenschaften and experimental psychology. It also motivated me to continue in this direction. Studying the system of stereotypes and their extremely dynamic transformation during a turbulent period preceding and following the regime change seemed a legitimate question. Back then, I was interested in empirically explicable psychological consequences of major historical turns. Later on a new topic, the inquiry of the attitudes toward social hierarchies emerged in social psychology. I could fruitfully place this topic in a historical context. When research into the social psychology of change became a very exciting approach in the 1990s, we already had the results and interpretations of two complex surveys conducted in the 1980s and early 1990s. These analysed the attitudes and value choices of primary and secondary school students. Later, in the 2000s and 2010s, we also collected data on national representative samples.

Why did you find it interesting to study stereotypes within social psychology?

From the 1970s to the 1990s, the research of stereotypes was a predominant topic in social psychology, as the rise of informatics opened up new possibilities for a cognitive approach, including research into the social schemas. A stereotype is ultimately nothing but a schema that summarises our information about a particular group and we can apply this knowledge structure to the members of the group. I feel lucky that I was in touch at the onset with the American researcher David L. Hamilton, a pioneer in cognitive social psychology, with whom we later worked and taught together. At that time the researchers were mainly interested in why the schema itself emerged and how it worked. I took up a renegade position: my primary interest was not how the stereotype was formed or how people applied it, I was focusing on what we say, so I studied the content of the stereotype. I was interested in how stereotypes formed a system, and last but not least: how this system changes over time. This line of thought was not at all self-evident in scholarly literature at that time.

What was the main benefit of this research approach?

We have demonstrated that stereotypes do not exist in themselves but rather form a complex system. Furthermore, these schemas, which are firmly retained in principle, can transform extremely dynamically. For example, our research has revealed that there was a radical change among young people in terms of national autostereotypes, that is, how they view their own Hungarian nation. Although the pattern and profile of the characteristics of Hungarian people remained the same, their valuation dropped dramatically on a scale from positive to negative. For me, the most intriguing part was to pinpoint the change itself, which resulted from the fact that the framework for interpreting national characteristics was Europe rather than the Soviet bloc. When exploring changes, social psychology had to surpass itself in a sense and employ a broader perspective that was, so to say, originally alien to it. Psychology, which approaches its subjects timelessly and seeks to make claims about individuals accordingly, had to accept and integrate the idea that historical factors had a differentiating, determinant, and interpretive role. It is fruitful if social psychology considered its subject as a kind of projection of historical processes.   At the same time, we can see the empirical datasets of social psychology as novel types of sources to be used in history-writing.

How was the theory of system justification related to this?

I was working closely together with Professor John Jost who was introduced to me by his doctoral supervisor, William J. McGuire, perhaps the most outstanding synthesising mind in social psychology and attitude research. Jost was interested in the relationship between stereotypes and ideologies. McGuire recommended him to consult with me because I could offer a different perspective living at a distant point of the world. He wanted to know, among other things, how psychological factors affect the maintenance of a certain ideology to justify a given social order. The theory of system justification became very successful from the beginning. This led to the finding that seemed surprising at first, namely that different social groups are inclined to support the existing system against their own interests, to the extent that even the most vulnerable and underprivileged members of society are highly supportive of the system they are themselves the suffering subjects of. This is in line with the theory of “belief in a just world,” according to which, as a form of self-defence, people hope that the world is an orderly place where good people will succeed, and ultimately only those will be losers who deserve it.

How did your work get from here to the system-critical approach, the key issue you have been investigating recently?

From the early 2000s, I have systematically explored the appearance, relative power, and typical combinations of the two components of attitude, the justification and criticism of the system. It is inspiring to see that the system-criticism and the system justification within a society’s mind stand at different levels, but change together: as one goes up, the other goes down just the same. For example, social tensions existing since 2002 persisted after 2010. Subsequently, system-critical attitudes rose, and system justification attitudes diminished.  Before 2014 these tendencies changed in a way that system criticism dropped, and system justification increased because people considered political changes unlikely.  The aforementioned Professor McGuire interpreted the consistency of our thoughts and feelings in a way that the estimation of probability and evaluation are inter-connected. In other words, we tend to overestimate what we consider likely and relatively underestimate what we regard to be less likely. I believe that all this renders the alternating or side-by-side presence of system justification and system criticism dynamic, and also has an explanatory role to play in the interpretation of current social processes.

Can research on change help us to understand current Hungarian society?

Hungary is, of course, no exception to the strong tendency of system justification. Nevertheless, there are factors in the nation’s historical past and culture preserving experiences that support relatively persistent, recurring, and repeatedly intensified system criticism in addition to justification.